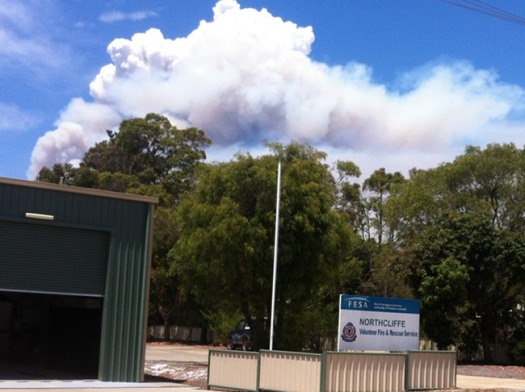 The 12.2 with Steveo and Allan headed off to Northcliffe early Monday morning to provide valuable water to the firefighting crews. With town water trucked in, the need for water supplies is urgent.

Meanwhile a crew left Tuesday morning and arrived in Northcliffe in time for breakfast.  They were then positioned south of the town, which has been determined to be undefendable and is being evacuated. Tuesday’s crew consists of Mitch, Titch (called back to the flock) and Rich(ard). Along with Mark P and Bob S.

A third crew leaves by bus at 15:00 Tuesday with Douglas driving the 4.4 on arrival along with Andy (again!) Carlo, Kevin and Emma.

The 4.4 returned Monday morning from Northcliffe after spending Saturday firefighting in Waroona and driving down to Northcillfe Sunday morning. On arrival, after familiarizing themselves with the town they made themselves very popular with Pete cooking lunch and Andy serving the other brigades awaiting a briefing.  The best egg sandwiches in Northcliffe, and probably Waroona, as well! 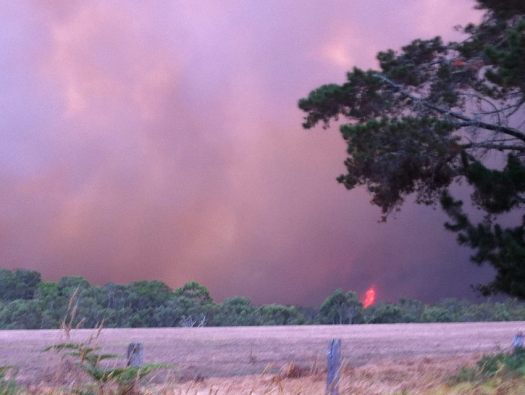 They spent the afternoon talking to owners and checking out properties in the path of the fire to determine whether they could be protected. The evening was spent setting up lay-flats around a house that was determined to be defendable. Fortunately the wind didn’t change and the fire passed a few kilometres away. From their vantage point the crew could witness its massive size, stretching all along the skyline. Although kilometres away the roar of the fire was significant and flames shot over 50 meters into the air. Pictures give no indication of the size and intensity of the fire. None of the crew had seen anything like it.